Many users see skript-mirror as a genius addon, but I'm not one of them. Skript-mirror should only be used in specific cases and not all over the place. Let me argue what I'm saying.

First of all, if you don't know skript-mirror, let me introduce it to you: it's a skript addon that allows you to use Java code in Skript. It also allows you to create custom syntax in Skript directly. Does it sound good to your ear ? It shouldn't.

Let me explain to you exactly what Skript is and how it works. This explanation will be useful later on. Skript is currently a Minecraft plugin to program from English. So it is based on the Java language and the Bukkit/Spigot api.
So in the end, what Skript does when it executes your code is:

1) Server (Bukkit/Spigot)
2) Java (the server uses Java to load the different plugins)
3) Skript (Skript is loaded, it's its turn to work)
4) Java (Skript also needs Java to load its addons)
5) Code (the code you execute via Skript)
6) Addon concerned (if there is the syntax of an addon, or a skript syntax used directly)
7) Java (Executes the code)

Well, if you followed these seven steps, let's see what skript-mirror does:

So skript-mirror is theoretically slower than other addons. Let's try to put that into practice to test our theory.

Several addons allow us to make scoreboards. In our case, we will focus on the most recent addons (and of course skript-mirror). What I've done is change the title and line 1 of the scoreboard 5 times, and each time it generates a random code mutliplied by the loop in question.

Note: for each test, I restarted the server to avoid a possible cache. I also averaged the results in order to obtain the final results.

His author created Skore which I guess is Skellett's successor for the scoreboards. So I made the choice to use Skore only.

The other addons haven't been updated for a long time and therefore don't participate in the test.

Here are the results of the benchmark (lower is better):

Time to refresh the title of the scoreboard: 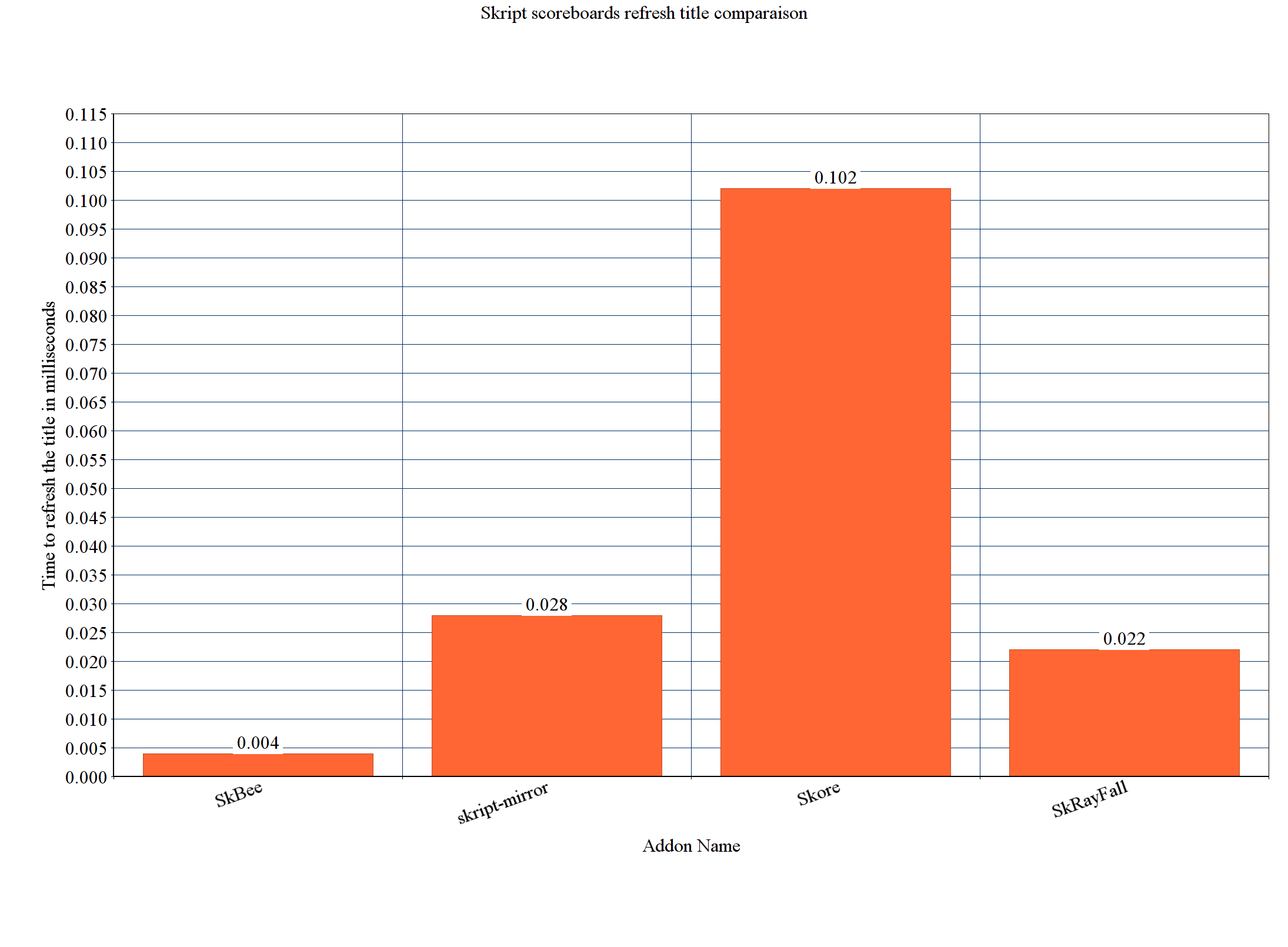 Time to refresh a line of the scoreboard: 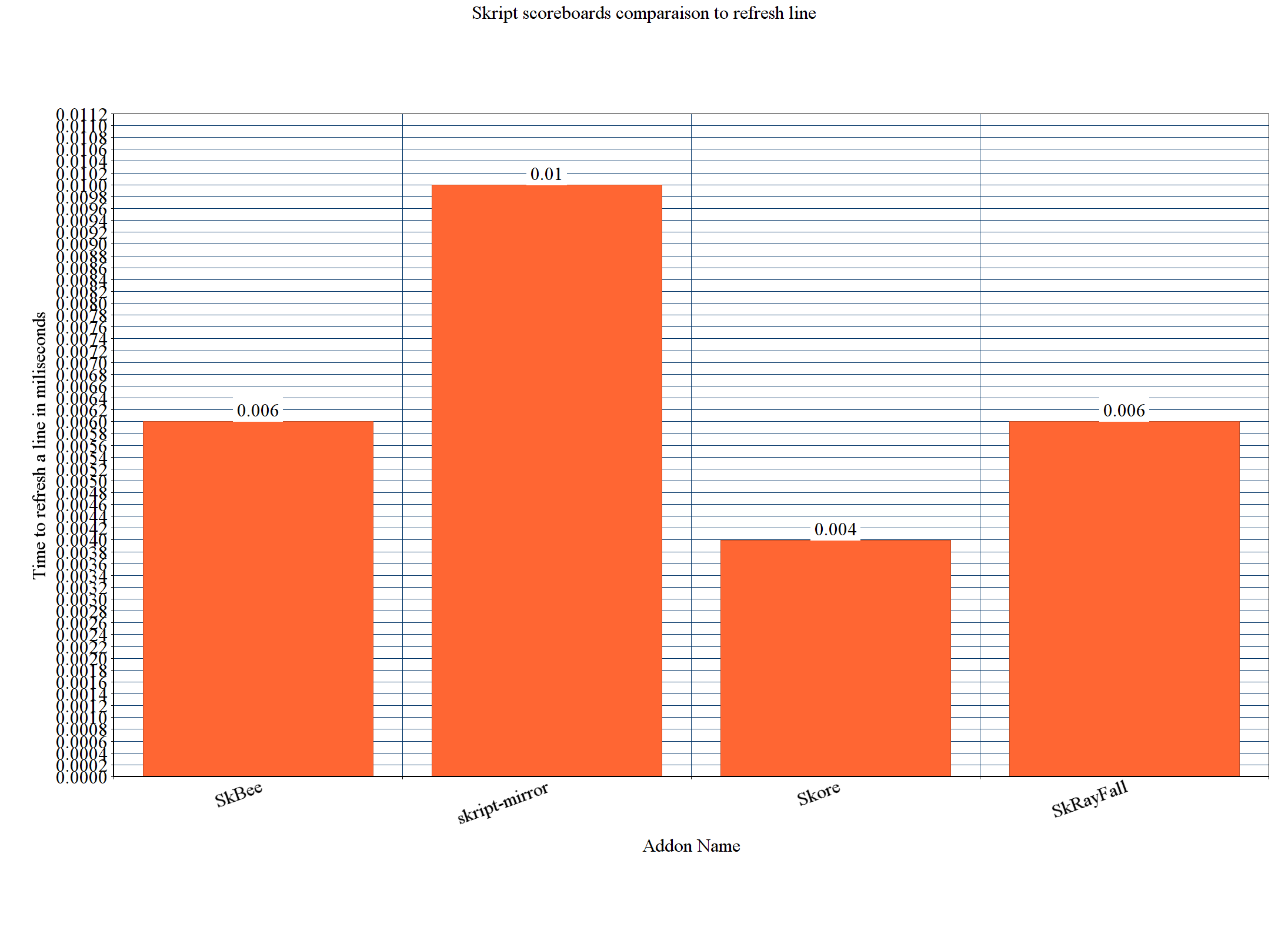 Time to make the test: 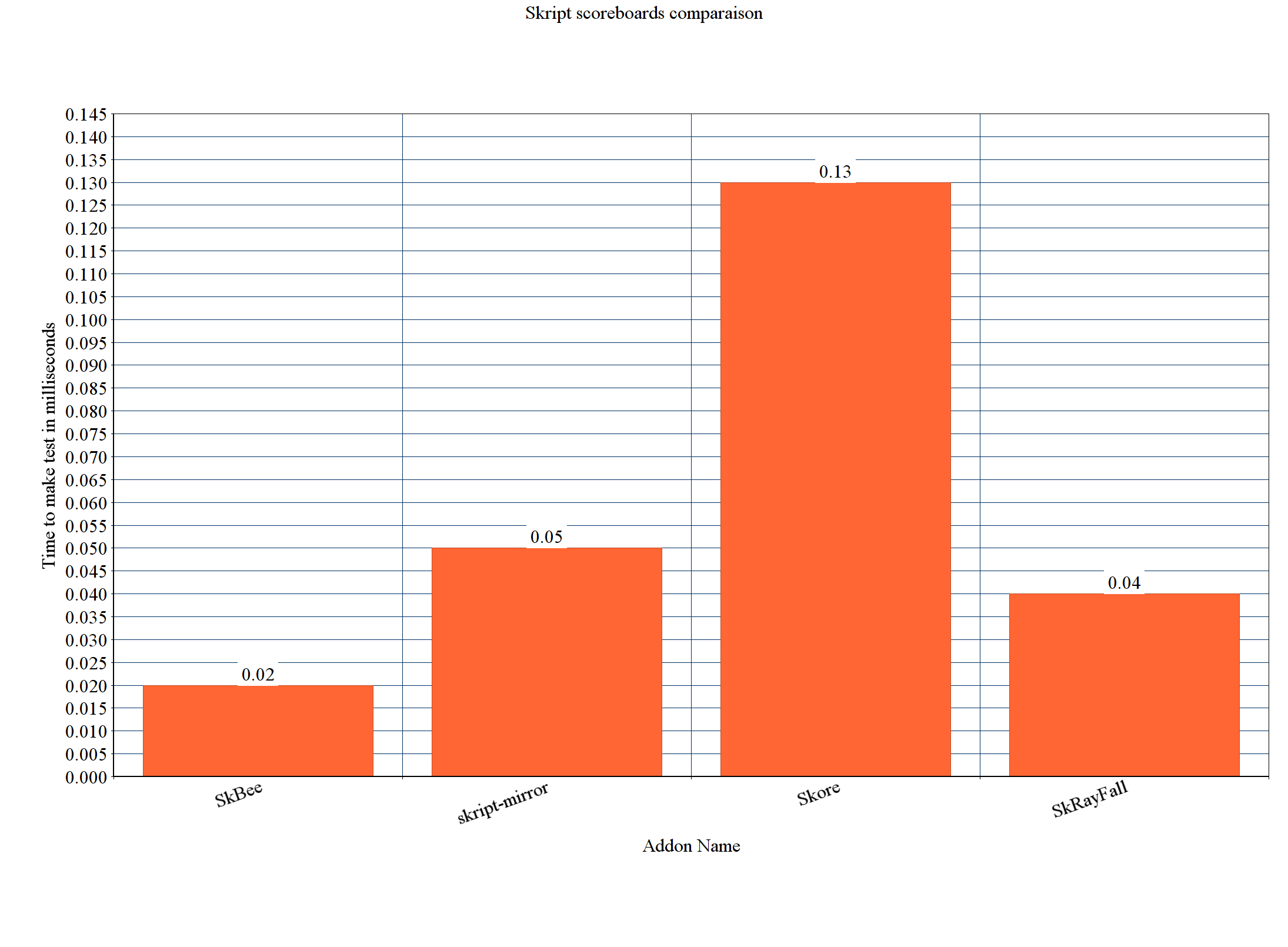 Code of the benchmark I did available here

As we can see, skript-mirror is behind SkBee in terms of speed, but ahead of Skore.

Although now that I've debunked the myth that "skript-mirror is the fastest", we're going to be able to go on.

If you really want to use skript-mirror for a big thing, you should :

In which case should you use skript-mirror

As I said before, skript-mirror is only to be used at specific times. Here they are:

The small FAQ for users

I don't need 50 add-on plugins when I already have skript-mirror.

True, but that would be like overloading skript-mirror. It is worth noting that each addon has its own particularity (skript-yaml for yamls files, Skent for file management, Skore for scoreboards). Better to use an axe to cut down a tree than a little spoon, don't you think?

skript-mirror is much faster than this addon.

Okay, cool, so you didn't follow up on anything I said. Please go back to reading my paving stone.

Did you find Olyno's tutorial helpful?